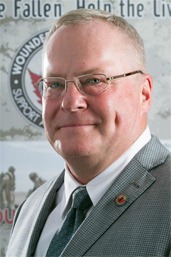 Greg was born in Hamilton, Ontario in 1954. His family moved to Toronto in 1961. Greg grew up in Etobicoke and attended Kipling Collegiate Institute, where he excelled in athletics, particularly football.

Injuries extinguished dreams of a pro football career and he went on to study broadcasting and marketing at Humber College and subsequently worked in radio in small and medium markets until economics led him to pursue a career in sales and marketing. He went on to further his education in marketing at York University.

His career in sales and marketing saw him rise steadily through the ranks to executive management with two European multi-national corporations, eventually becoming the President of the North American subsidiary of the Bonfiglioli Group, which is headquartered in Bologna, Italy.

Greg is currently the President of ACG Technology Ltd. in which is his also a majority shareholder. He is also a Partner in Envirocan Wastewater Treatment Equipment Company Ltd. Greg has served on a number of â€œnot-for-profitâ€ boards including the Water Environment Association of Ontario and the Ontario Pollution Control Equipment Association.

His other volunteer work includes coaching minor football, hockey and baseball in Brampton, Ontario where he currently resides with Sam, his wife of 33 years. They have two sons, Dale who works in his father’s business and Douglas who is a Master Corporal with the 4th Engineering Support Regiment based in CFB Gagetown. He is also a proud Combat Diver.

Greg’s family history of military service, including that of his son Douglas prompted him to seek some means of providing support to those to whom all Canadians owe a debt of gratitude; past and serving members of the Canadian Forces.