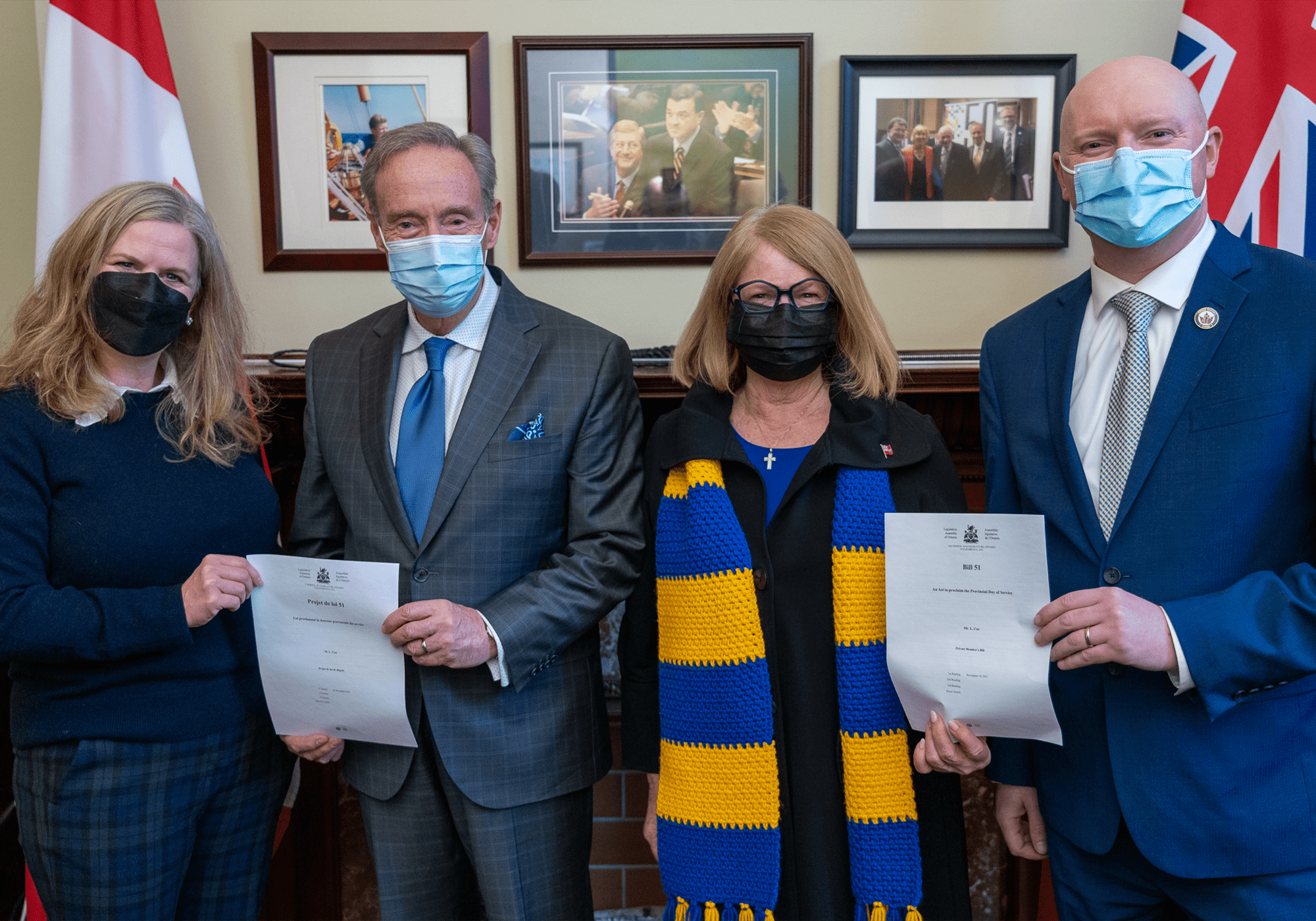 The legislation honours those who lost their lives in the attacks of September 11, 2001. It pays respect to Ontarian families and friends who lost loved ones and demonstrates support for the members of our Canadian Armed Forces, First Responders and their families who continue to fight against all forms of terrorism and conflict while keeping our communities safe.

“I am honoured and humbled to table this legislation,” said MPP Coe. “It exhorts the people of Ontario to rekindle the spirit of kindness, generosity and goodwill that unified us on that dark day.”

The September 11 terrorist attacks in the United States took the lives of thousands of citizens from 90 countries, including 24 Canadian citizens, 11 of whom were from Ontario. In response, over 40,000 Canadian Armed Forces members would deploy to Afghanistan between 2001 and 2014. Canada lost 162 lives during the 12-year campaign, and thousands were wounded, physically and psychologically.

“I want to thank MPP Coe for bringing forward this important bill,” said Christine Hogarth, Parliamentary Assistant to the Solicitor General. “This September will mark the 21st anniversary of the 9/11 terrorist attacks and it’s important we pay respect to the fallen. It is also a fitting time to acknowledge the ongoing loss felt by their families and friends, and to pay tribute to the heroism of first responders and military personnel.”

“The attacks on 9/11 were a global attack on our values. On the Anniversary of this horrific act of hate let us show our gratitude to all who serve their country and communities in official and unofficial ways. Join the Canadian 9/11 Family Members to thank our heroes who make a difference. Let us rekindle the kindness, compassion and service demonstrated by Canadians – notably in Gander, Newfoundland who opened their hearts, their pocketbooks, and their homes.” said Maureen Basnicki, Founding Director, Canadian National Day of Service Foundation.  “Let us all rekindle the kindness, compassion and service which followed and reframe the day to a celebration of our Canadian values. It is a fitting living memorial and legacy for the Canadians taken on that day. We are honoured and grateful to have the continued support of the Province of Ontario.”